We study experimentally and numerically the propagation of an air bubble through a fluid-filled, geometrically-perturbed Hele-Shaw channel; a system which supports several stable modes of steady bubble propagation. During its transient evolution, a bubble may undergo several topological changes in the form of breakup and coalescence, depending on both initial conditions and control parameters. Long-term, either a single bubble is recovered or else multiple bubbles remain, whose relative separation increases with time. Despite its apparent complexity the bubbles transient behaviour is organised by a number of weakly unstable invariant solutions of the system, so-called edge states. An unusual feature of the system is that changes in topology due to bubble break up or coalescence lead to changes in the invariant-solution structure during temporal evolution. Families of two-bubble and single-bubble invariant solutions can be related in the sense that their propagation speeds are identical, but there are two-bubble solutions that do not have single-bubble equivalents. We also explore how the bubble becomes increasingly sensitive to initial conditions and roughness of the channel and exhibits long and disordered transients as the flow rate increases. We suspect that this increase in complexity is due to a subcritical transition to disorder above a threshold that depends on the roughness of the channel, reminiscent of the transition to turbulence in shear flow. 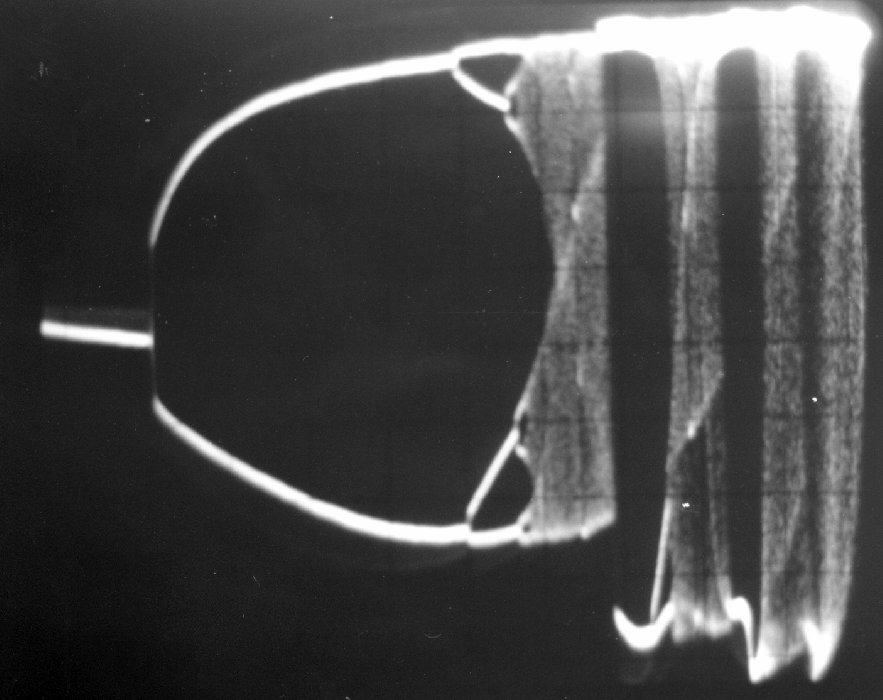