Advanced scenarios for magnetic fusion on Earth exploit the ability of confined plasmas to spontaneously organise in layers, i.e. self-regulate their turbulent transport through ordered generation of zonal flows and stresses. Upon incremental application of input energy, fusion plasmas robustly bifurcate into states of enhanced performance. General principles for the observed layering as well as key aspects of the transport bifurcations remain elusive several decades after initial experimental observations.

The confined core of the plasma is in a state of near marginal stability, characterised by the coexistence of contradictory trends for transport: zonal flows regulate and block cross-field transport whilst propagating fronts maximise it, intermittently. These two opposing trends organise through onset of quasi-regular secondary structures come to be known as staircases. These are patterns of zonal mean flows interspersed with interacting avalanches. We describe this phenomenon, its computational prediction, experimental observation and discuss some of the possible basic mechanisms whereby such structures may occur and endure in the core of fusion plasmas.

It is also becoming more and more apparent that the confined core is under strong influence from the peripheral plasma which is magnetically connected to outer material boundaries. This edge region of transition from closed to open field lines is a cornerstone of fusion research for it is the location of some of the most important transport bifurcations. A nagging problem for modelling has been the repeated under-prediction of turbulence levels in the edge, which has come to be known as the transport shortfall conundrum. Experimentally, the edge is indeed fully turbulent whilst local analysis of underlying profiles predicts convective stability. The edge region would thus appear in modelling as unfit to produce or sustain a turbulent state, in contrast to the experimental measurements. This state of affairs has the important consequence for it precludes modelling of turbulence-induced bifurcations to improved confinement. We discuss a possible resolution for these problems. The origin of turbulence activity in the edge is found to require the interplay between closed and open field lines. Magnetic connection to the material boundaries results in an additional source of free energy. Locally-borne turbulence activity self-advects (spreads), which deeply modifies convective stability, globally and allows to cure the shortfall problem. If time allows, we will also discuss how this newfound turbulence activity organises into a transport barrier and show application of an information-theoretic measure to quantify the causal chain of events leading to its onset. 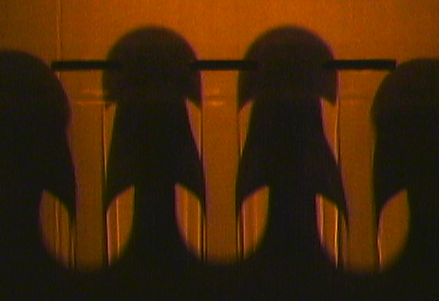